On Saturday, 14 May 2022, the spring gala organised by the Valle d’Aosta Delegation of the Dynastic Orders of the Royal House of Savoy was held at the Miramonti Hotel in Cogne.

The evening was organised with the aim of providing financial aid to «La Petite Ferme du Bonheur» in Doues, a local farm whose aim is to help young people with learning disabilities enter the world of work.

The initiative is also part of the activities organised in the Valle d’Aosta, as in the other 18 Italian and 17 foreign Delegations, to celebrate the 450th anniversary of the establishment of the Order of Saints Maurice and Lazarus in 1572, with Philippe d’Avise, the first Valdostano to be admitted as the Order’s 60th knight on 14 May 1573.

The Delegate of the Dynastic Orders for the Valle d’Aosta, Giovanni Girardini, pointed out that the approximately 140 Mauritian knights admitted in the 450 years of the region’s history were among the personalities who most influenced the life of the city of Aosta and the region with their service in welfare and hospital services in particular (the old and current hospital were built and managed by the Order), but also in the civil and cultural field.

As the Delegate pointed out, these examples should inspire the Dames and Knights of today to have the same spirit of service and dedication to the local community.

Stressing that being a member of the Order should not be seen as a privilege or an elitist position, but as an opportunity to devote oneself to others, Giovanni Girardini proudly and gratefully announced to the Grand Chancellery that this year as many as six women have been admitted to the Order, making the Valle d’Aosta Delegation one of the most «feminine» delegations, if not the one with the largest number of women of all in proportion, and emphasised that this, together with the progressive generational turnover of Dames and Knights, must be seen as a great opportunity for the future.

Femininity and youth, the Delegate continued, can make our work better and more effective. 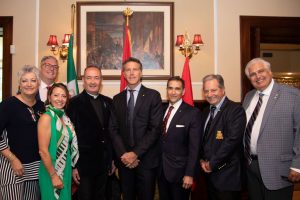 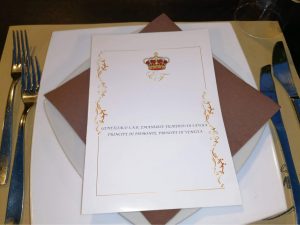