H.R.H. PRINCE EMANUELE FILIBERTO DI SAVOIA VISITS NAPLES FROM THE 3RD TO THE 5th OF MAY 2019

Naples, May 3rd,4th, 5th, 2019. Three days of events that culminated in a gala dinner to raise money for the creation of an Essential Goods Food Bank for the Pizzofalcone and Pallonetto di Santa Lucia neighborhoods in Naples.

Three days in Naples for H.R.H. Prince Emanuele Filiberto di Savoia, who was welcomed in the Cathedral by the Archbishop of Naples, His Most Reverend Eminence Cardinal CrescenzioSiepe, as well as other authorities, for the Miracle of Saint Gennaro religious functions. After the functions, H.R.H. went on a guided tour of the Caravaggio Exhibition, the Royal Palace of Naples and the famous Nunziatella Military School, where Commander Lieutenant Col. Amedeo Gerardo Cristofaro held a private meeting with H.R.H., and told him about the idea of planning initiatives in support of the best students.

As planned, for the final evening H.R.H. Prince Emanuele Filiberto presided over the charity dinner which was held at the Military Marine Officials Association for the realization of a Essential Goods Food Bank for the Pizzofalcone and Pallonetto di Santa Lucia neighborhoods in Naples, in partnership with the International Constantinian Rescue Corps and the Sovereign Military Order of Malta.

This project is unprecedented, as it was initiated thanks to a choice made by the Constantinian Rescue Corps. The president of the Rescue Corps is Marquis Pierluigi Sanfelice di Bagnoli, Knight Commander of the order of Saints Mauritius and Lazarus.  The Naples Delegation of the Sovereign Military Order of Malta, presided over by MarquisAndrea Pisani Massamormile subscribed to this initiative.

In addition to collecting funds for the purchase of foodstuffs as well as household and sanitary products, the initiative will also take care of supplying these goods -through the benefactors- with the appropriate receipt, so as to monitor the financial entity of the charity that will be distributed to families in need.

A large number of people attended the gala dinner, thus allowing for a generous donation to the charity.

During his three days in Naples H.R.H. also visited the historic Pizzeria Brandi, where the famous Margherita Pizza was invented. The establishment welcomed the August Prince warmly, for a dinner in honor of Her Majesty Queen Margherita.

We thank all those who made this visit possible, especially the Delegate for Campania Attorney Knight Commander Gerardo Mariano deiPrincipi Rocco di Torrepadula, as well as the Delegation Council, which organized and coordinated H.R.H.’s Prince Emanuele Filiberto’s stay in an exceptional manner. 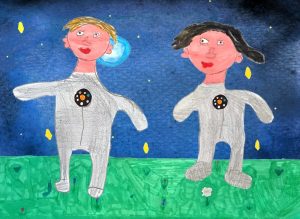 MUS-E TORINO AND ITS ART WORKSHOP 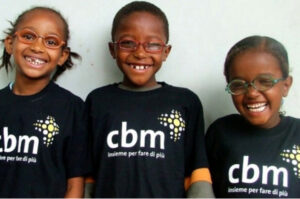 SOLIDARITY GIFTS FOR CHRISTMAS 2020: THE COMMITMENT OF THE DELEGATION FOR SICILY 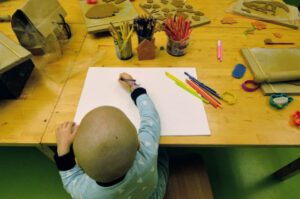