During the emergency due to the spread of Covid-19, the Delegation for Campania of the Dynastic Orders of the Royal House of Savoy committed itself to respond with generous enthusiasm to the appeal of H.R.H. the Grand Master, H.R.H. Prince Emanuele Filiberto, President of the Grand Magistral Council and H.E. the Grand Chancellor, Cav. Ord. SS. Ann. Johannes Theo Niederhauser, to bring help to those who need it most in the region.

It immediately became clear that the pandemic would have negative effects on three levels: health, economy and also on people’s psychology.

The tidal wave that hit Italy and its health service was of unimaginable size, with intensive care heroically improvised by health workers who exposed themselves to risk in order to protect the health of the community.

While the Italian people were able to bring out their best, we wondered how we could be useful to support efforts to deal with the emergency in our country.

The Delegation can count on a Delegation Council. After being consulted in a video conference, the Council helped the Delegate to find the most effective formula in two respects: fundraising and the recipient of the charity.

This is how the idea was born to collect and select, within a week, more charity projects already being implemented by accredited organisations, local healthcare units, health facilities, charities. Four projects were selected: two in the Metropolitan Area of Naples, two in the Province of Salerno.

In particular, in Naples the project “The Pyjama Closet” was chosen. The Neapolitan daily newspaper “Il Mattino” published an article on the initiative.

In Acerra a fundraiser was promoted to buy medical equipment for the healthcare personnel at Villa dei Fiori, a hospital dedicated to the Covid emergency, of which the knight Cav. Prof. Sergio Grimaldi is the Chief of Surgery.

In the Province of Salerno, the Delegate’s Deputy, Cav. Prof. Avv. Salvatore Guzzi, has identified as a possible recipient of a collection the Hospital of Agropoli, which was converted into a dedicated Covid Hospital. There the delegation contributed to the purchase of a lung ventilator.

Finally, also in the Province of Salerno, the charitable project promoted by the Foundation of the Cassa di Risparmio di Salerno, a local bank, to support the Accident and Emergency Department of the towns of Nocera Inferiore, Pagani and Scafati was identified as worthy of a contribution. VIDEO.

The most significant result is that in Campania this opportunity has been taken to show what it means in 2020 to be part of the Dynastic Orders of the House of Savoy, which was born mainly to assist the sick according to the precepts of our Faith. And, thanks to the many benefactors, members of the Orders or simple friends who share our Values, once again it was possible to shout: Savoye, bonnes nouvelles! 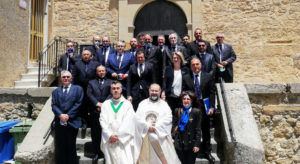 SICILIAN DAMES AND KNIGHTS CELEBRATED THE BIRTHDAY OF H.R.H. EMANUELE FILIBERTO OF SAVOY 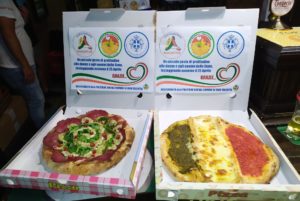 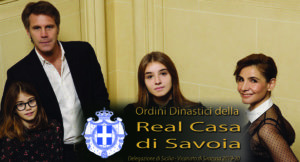