A WEEKEND DEDICATED TO SPORT AND CHARITY FOR H.R.H. THE PRINCE EMANUELE FILIBERTO OF SAVOY, STARTED WITH THE PARTICIPATION IN THE FINAL STAGE OF MILAN-SANREMO HISTORICAL RE-ENACTMENT AND CONCLUDED ON THE SNOW IN THE SESTRIERE REGION, TO SUPPORT AN IMPORTANT INITIATIVE IN FAVOR OF SPORT AND TAHLETES WITH DISABILITIES.

MILAN / SANREMO – SESTRIERE – A weekend full of sport and charity, spent by H.R.H. Prince Emanuele Filiberto of Savoy, engaged in two different initiatives which have both seen the Prince and the Dynastic Orders of the Royal House of Savoy, promoters of sport in its most noble declination, that of fair play, and of charity in one of its greatest challenges, to free sport of all its barriers and allow everyone to be able to practice freely.

On March 24 H.R.H. Prince Emanuele Filiberto of Savoy, welcomed with great enthusiasm, took part in the final stage of the re-enactment of the historic Milan-Sanremo car race. The Prince participated in the competition as coéquiper of a crew representing the Scuderia Savoia Cavalleria, born in November 2017 out of the idea of ??some gentlemen from Milan on the initiative of Cav. Count Andrea Boezio Bertinotti, passionate and collector of classic cars of the 20s and 30s, and current President.

Once the finish line was crossed, the Prince was the unquestionable judge in the choice of the crew to whom he conferred a special prize set up by the dynastic Orders of the Royal House of Savoy in memory of Adalberto of Savoy’s victorious participation in 1933 in this legendary race. The award, destined to the crew that – in the three days of competition – was able to stand out for its sporting spirit and fair play, was awarded to the Japanese crew signed by Yukonobu Sato Ed Akira Okubo on the Lancia Lambda VII series, a decision that was unanimously applauded.

The organization of this beautiful race was made possible thanks to the intervention of the Grand Cross Knight Paolo Lasagna di Montemagno who, in synergy with the non-profit organization Freewhite Sport Disabled, allowed the Dynastic Orders to carry out this event.

The ski race was held in the “gigante” specialty and saw the start of 14 categories among children and one senior category, including the participation of disabled children, protagonists of this day. His Royal Highness Prince Emanuele Filiberto of Savoy, warmly welcomed by the athletes, has finally awarded the winners and then handed the proceeds of the event to the Freewhite Sport Disabled Onlus. The net proceeds, together with a contribution from the Dynastic Orders of the Royal House of Savoy, will be donated to the project “Mountains without barriers”.

A very intense weekend, which confirmed the great attention of the Dynastic Orders of the Royal House of Savoy, and in first person of H.R.H. Prince Emanuele Filiberto Di Savoia, towards charitable initiatives and towards sport, a very important and engaging means to promote these initiatives. 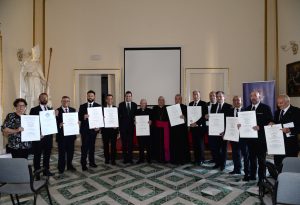 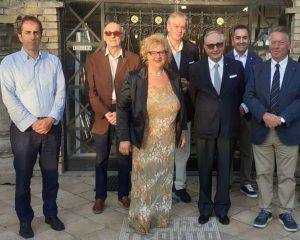